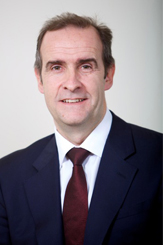 Cavendish Trust, a leading corporate service provider based in the Isle of Man and a long-time supporter of the Society of Satellite Professionals International (www.sspi.org), has endorsed the Society’s new “Better World” campaign, cataloguing the enormous contribution satellite technology has made to human welfare, the economy, peace and security.

The campaign is part of a long-term effort designed to raise awareness of satellite as one of the world’s essential technologies. Cavendish Trust, one of the Isle of Man’s leading corporate service providers has been actively involved in the satellite and space industries for a number of years and has been successful in helping a number of satellite operators to set up in the Island.

The Isle of Man itself has a long track record of attracting satellite operators such as SES, Telsat, ViaSat and Avanti, together with not for profit organisations such as the Space Data Association, the Satellite Interference Group and the International Institute of Space Commerce.

The SSPI is leading a consortium of associations, including ESOA, GVF, SIA, CASBAA and WTA, in an effort to bring the industry’s role in the global economy to light. A new website http://www.bettersatelliteworld.com promotes the industry and has begun to publish a wide range of stories from around the world that highlight satellite’s role in the work to end polio, enable disaster recovery, promote environmental education, and carry sports and entertainment to billions, as well as its essential roles in the financial industry, economic development in remote areas and the flourishing of democracy.

Among the stories is Intelsat’s global distribution of the Live Earth benefit concert, which raised awareness of the need for urgent action on climate change. The story, “Rallying the World to Climate Change,” explains how, through a C-band and Ku-band satellite network antennas, Live Earth 2007 reached a global audience of 2 billion people with a message of hope, education and action on climate change.

Tim Craine, a Non-Executive Director at Cavendish Trust and former Head of Space Commerce within the Isle of Man Government’s Department of Economic Development, said Cavendish would do everything that it could to support the SSPI initiative. “Undoubtedly, the impact that satellites have on our day-to-day lives is largely overlooked or taken for granted. This initiative brings into sharp focus how important satellite technology is now and in the future.

“The Island’s economy has gone through many changes in the last 10 years but Cavendish remains committed to continuing to promote the island’s myriad benefits for satellite operators and is committed to bringing more new space related business to the Island,” said Tim.

SSPI’s Executive Director Robert A. Bell added, “When you read through the stories about our ‘invisible technology,’ you understand how critical satellites and the technologies from companies like ASC Signal are. It is not a stretch to claim that satellites and its technology enablers make modern life possible. Without it being widely known, this industry makes daily contributions to the human experience.”

SSPI invites the submission of stories by emailing makingthecase@sspi.org