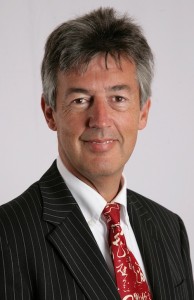 Tim Craine, the Island’s former Head of Business Development within the Department of Economic Development has been appointed a non-executive Director, whilst two highly experienced Jersey-based English solicitors, William Bennett and Paul Egerton-Vernon have taken up executive Director positions.

Mr Craine took early retirement in April after a 34 year career within the Civil Service but has kept his word on a statement he made at the time that he was looking forward to pursuing fresh business opportunities.

His former Government role, which included responsibility for Space Commerce and e-Gaming, are two niche sectors with which Cavendish has developed strong links in recent years. “I am now looking forward to working alongside the team at Cavendish in a non-exec capacity and doing all I can to assist the company in pursuit of its business objectives,” said Mr Craine.

William founded his own English legal practice in Jersey in 1995, specialising in trust, corporate general advisory and structuring after working in London where he predominantly dealt with M&A, MBO’s and various property transactions and offshore structuring.

In 2004 he established Garfield Bennett Trust Company Limited in Jersey, a licensed Corporate and Trust Company, also licensed to provide fund services business. He currently sits on the Boards of a number of private client and public companies with wide ranging activities from property and investment holdings through to yacht ownership.

Paul Egerton-Vernon was articled and qualified at Slaughter & May in London and has been in practice since 1971. He established his own London based law firm in 1978, thereafter becoming a partner of Nigel Harris & Partners, which involved a move to Jersey, where he has been based for almost thirty years.

He was previously an adviser to the leading US law firm, Faegre & Benson (now Faegre Baker Daniels), on competition matters in the UK and European Union, has been an International Editor of the Law Society Gazette and is a former President of the Association of English Solicitors in Jersey.

Cavendish Trust Managing Director, James Cunningham-Davis, said the new appointments were a major step forward in taking the Company to its next stage of development.

“We are delighted to have attracted the calibre of William, Paul and Tim to our Board. Their diverse and in-depth knowledge of the offshore industry will play a significant part in helping Cavendish Trust achieve its future strategic goals,” he commented.